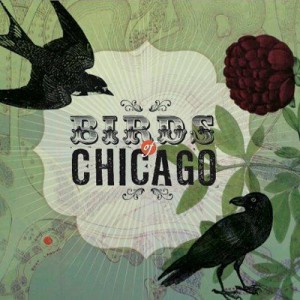 Birds of Chicago’s self-titled release evokes the feeling of stopping by your neighborhood watering hole and hearing a friend’s show. Light-hearted, warm, and welcoming. JT Nero and Allison Russell, whose collaboration is at the center of the band, seem to be on a mission to encourage you to enjoy yourself and not take things too seriously. Further, the duo’s musical chemistry on the album is evidence of their several years of collaboration — Russell’s velvety vibrato is a pleasant salve to Nero’s strong, rough-around-the-edges delivery.

Stylistically, Birds of Chicago cuts a wide swath through a range of American roots styles, incorporating elements of zydeco, gospel, and soul. The album progresses from boppy numbers, like ‘Trampoline’, to close with tracks a few songs that are almost reverent. The early, up-tempo songs are the album’s strength, and can really get one to sing and stomp along. Also, ‘The Wide Sea’, the album’s closer, is well made. It feels almost like Birds of Chicago’s take on U2’s classic ‘I Still Haven’t Found What I’m Looking For’.

Though I may seem to be a curmudgeon, there are a few moments on the album where the light-hearted lyrics do not blend particularly well with a demure musical accompaniment. For instance, on ‘Old Calcutta’: “what about the baby / being threatened by a viper / who slipped in a window / in a slum in Old Calcutta….na-na-na-namaste”. Having said this, Birds of Chicago seem like a delightful lot who have a great sense of humor. The video on their Kickstarter page confirms this.

Overall, Birds of Chicago is worth a listen, though it seems like it may be best to get a proper introduction to them through their well-reviewed live shows.