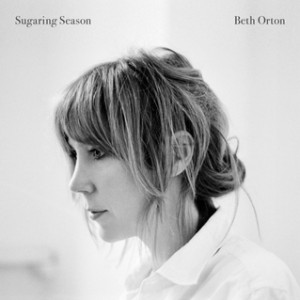 Having spent the turn of the century in the company of Beth Orton’s 1999 Brit Award-winning album Central Reservation – and it’s chronological neighbours Trailer Park and Daybreaker – Orton’s music is part of the maturing folk fan’s genetic make-up.

Now six years after her last record Orton has returned with Sugaring Season, an acoustic album recorded in Portland with Decemberists producer Tucker Martine. But it’s clear that she has rhythm running through her bones. It’s impossible not to want to move to her songs, no matter how gentle they may be.

On first listen, Sugaring Season sounds like Beth Orton through and through. It isn’t until you compare it to her earlier albums that it’s clear that something has changed. Orton’s boisterous, youthful defiance has been replaced with a self-assured strength. “Silence me and I won’t be here anymore” is matter of fact and plain, not threatening. She’s grown up, but she’s taken her fans with her.