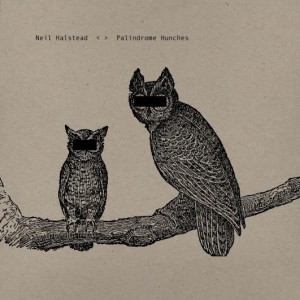 The sometime Slowdive and Mojave 3 frontman’s prolific career continues with a simply beautiful third solo album. Recorded over one weekend in a primary school, after Halstead bribed the caretaker to let him and his band into the music room, the album has a hushed and intimate feel which suits perfectly a low-key but emotionally intense collection.

The album addresses difficult issues and the darker side of life, with ‘Spin The Bottle’ written during the break-up of Halstead’s marriage while ‘Wittgenstein’s Arm’, it transpires, was “lost… in the first Great War” – the title character being the pioneering one-handed concert pianist Paul Wittgenstein, for whom Ravel wrote the famous ‘Piano Concerto For The Left Hand’.

While the album is, by Halstead’s own admission, darker than he expected, there is a late ray of sunshine in the form of the beautiful piano-led ‘Hey Daydreamer’. “I don’t wanna feel alright/I don’t wanna feel just okay” is Halstead’s starting point, before he aims for the stars – “I wanna be the one you love/Wanna be the smile in your heart/The start of something beautiful/In this lonely world”.

Halstead’s solo work has always been focused around the lyrics, a conscious shift from Slowdive’s effects-heavy, vocal-as-instrument approach into, as he puts it, writing “songs instead of soundscapes”. On the title track, he plays with “writing down a palindrome for you”, to limited but quirkily enjoyable effect. “Do geese see god? I don’t suppose they do/A Toyota’s a Toyota/ Satan sees Natasha yes he does”.

Despite the predominant mood Palindrome Hunches is a dreamy autumnal collection, one to drift away in while the leaves fall and the nights draw in – an unlikely offering from a Cornish surfer, but one worth exploring.