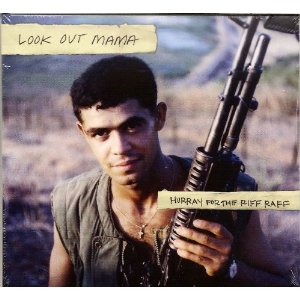 The story of Alynda Lee Segarra’s drift into the music business is one of those that seems a little too good to be true. The notion that, by the age of 17, she had already escaped The Bronx to drift across the vast lands of the United States hopping freight trains like some latter-day Woodie Guthrie sounds like manna from heaven for the marketing departments.

But whether it was a southbound freighter or just a regular flight that eventually set her down in New Orleans (there, we’re told, to record in the requisite shotgun shack) Segarra quickly announced her talents through the eponymous debut of her ramshackle band Hurray For The Riff Raff.

Returning now for the follow up, Segarra has made some changes, recruiting a local band The Tumbleweeds to be the new-look Riff Raff, and heading north to Nashville to record. The essential formula remains the same as she blends folks, country, blues and jazz in a huge melting pot, but there is a stronger country influence in this product of Music City. She recalls Hank Williams in the warbling of title track ‘Look Out Mama’ and sings a beautiful love song to the southlands in ‘Ramblin’ Gal’.

There is a smoother edge to ‘Lake of Fire’, which sounds like She & Him dabbling in honky-tonk, or the gentle lounge music of ‘What’s Wrong With Me’, while there is a simple elegance to ‘Ode to John and Yoko’.

The result is another album that brings together many of the best strands of Americana and digests them into 40 minutes. Whatever the back story may be, Segarra certainly delivers the goods.