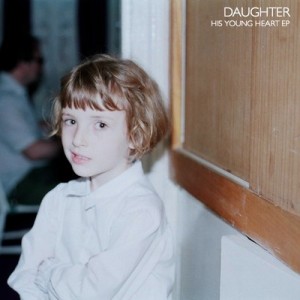 The sense of ambience present in Daughter’ s first demos is still present, however, and one listens imagining that the singer has performed the whole record live with a dozen ‘Daughter clones’ accompanying her. Sometimes this use of effect can make the recording feel more lo-fi and tinny sounding than one might expect from a full EP release, something that makes me wonder if Daughter is still a ‘ project in progress’ .

But the recordings themselves are full of charm, occasionally featuring the wonderful embellishment of fingers sliding across strings, serving as a tactile accompaniment to the sexual current that simmers beneath the surface of each song. If Tonra were to work with a major label, could this personal touch be lost completely?

In this collection Tonra has created an exciting prospect for record companies and publishers – her songs are the future accompaniments for the gut wrenching final scenes of US hospital TV shows, of intense, high profile teen dramas and, on a more local level, your own future heartache.