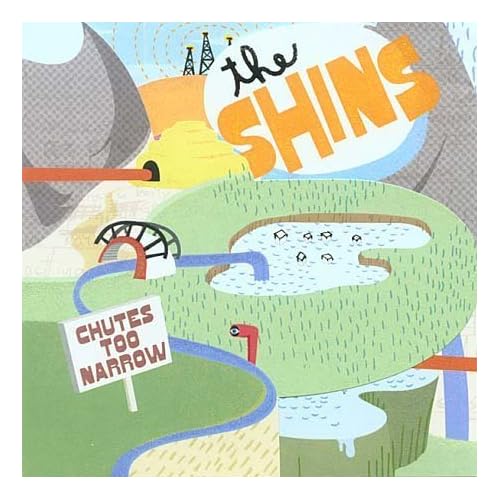 It’s my belief that people who like music with guitars have every right to despair of our wretched decade and its tight-trousered ‘The … band’ sub-Ramones pop idols. Thankfully there is salvation out there is you are willing to find it. A good first stop would be The Shins’ delightful second album. A four-man attack on musical boredom with so much imagination that it practically oozes out of the CD.

“Just a glimpse of an ankle and I, react like its 1805” confesses James Mercer in ‘Turn A Square’; a fair claim to greatness in itself for my money and typical of his lyrical style, where nonsensical daydreams are peppered with razor-sharp one-liners. The music is rich too, with vocal harmonies and strings rising and falling around Mercer’s leads, which are delivered from a John Lennon solo-era type echo chamber. Song highlights come thick and fast; from the caustic ‘Mine’s Not a High Horse’ to the faux-Americana of ‘Gone for Good’ there really isn’t a bum track. And in the form of album centrepiece ‘Saint Simon’ (“the cruel uneventful state of apathy releases me”) the Shins may well have penned the anthem of our generation.

← Nick Cave and the Bad Seeds- The Boatman's Call
Live: Peggy Sue and the Pictures →