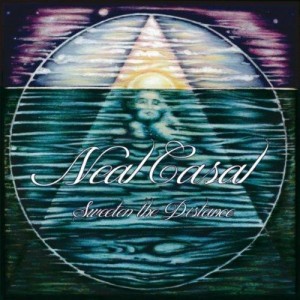 Neal Casal, a prolific singer-songwriter and long-time collaborator with Ryan Adams, as part of his backing band The Cardinals, returns to the fore with his tenth solo album Sweeten The Distance. Much like Adams’ latest effort, Sweeten The Distance lacks the urgency and boldness expected of such a great musician, instead producing an album that treads on safer grounds.

Casal is perfectly capable of producing great moments musically, as attested to on songs such as ‘So Many Enemies’, with its alt-country feel and heavy guitar line; a song that could have easily been plucked from his work on Ryan Adams’ Easy Tiger. The title track offers a sweet opening to the album, with pounding drums contrasting to the softer organ sounds at play, whilst ‘How Quiet It Got’ burns slowly, a simple track which benefits in terms of its stark instrumentation.

Yet there is little dynamism with each song, lacking a certain uniqueness that would help songs such as ‘Bird With No Name’ and ‘Need Shelter’ stand out from each other. As it is, the laid-back countrified nature of the album feels clichéd and worn, done a million times before – a shame for such a capable musician.

Sweeten The Distance is still a confident album, and has its great moments. But much like a weak cup of tea, some will enjoy it, and others will have hoped for something stronger. It is evident that Neal Casal’s musicianship is one of quality, but in this case it may have been rewarded with a leap to new sounds and even newer ideas.