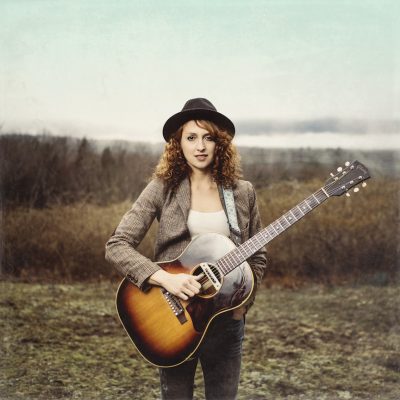 Starring in the feature length film Le bébé d’Elsa at just 15 years of age, Tiphanie Doucet found her star early. After landing a role on Chante! (France’s answer to Glee) later on, it became clearer that that star would shine brightest when ensnared by a musical sky. So, she pursued music full-time with the country band, Milk, thereafter, albeit briefly, before flying out to the States and pursuing her career as a solo artist.

Shaped by her experiences in France, Los Angeles, New York, and her recently adopted New Jersey home alike, Doucet’s new work embraces a folksier, jazz-tinged gentleness. Its subtle warmth instantly feels like home, pervading the senses in a way not dissimilar to Norah Jones or Lucy Rose. Yet, in spite of any similarities you may draw between her and other great songwriters, Doucet’s dreamy vocal quality is markedly distinct, especially in how she tenderly incorporates it into her music to tell stories unique to her own outlook and experiences.

‘Come to Me’ is one such track, gently swaying as it very subtly gains steam in its progression. Ferried forward by Doucet’s sweet croon, the song never feels abrasive even as it welcomes a clap-along vibe near its end. Rather, it’s always benevolent in its delivery, Doucet being just the songbird to captivate an audience with such a wholesome, minimalist arrangement with this newfound love song.

‘Come to Me’ is the latest single to be featured from off of Doucet’s upcoming album, Under My Sun. It is set to be released on 10 August via AWAL.