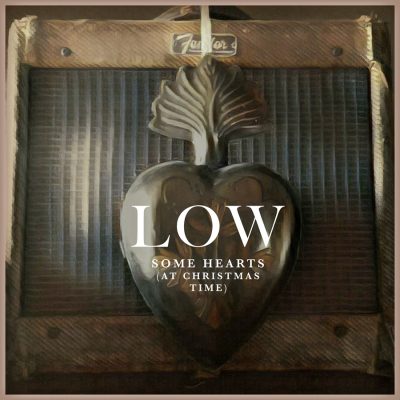 Who waits until 3pm to open their Advent Calendar? The extraordinarily lazy? Perhaps, but it’s not like we’ve only just woken up. No. This has taken real patience. We had to wait until now because we wanted to open up this year’s FFS Advent Calendar with the totally new Christmas song from festive enthusiasts Low. Yes, they of the magnificent Christmas EP – recorded way back in 1999 – have refreshed their repertoire with ‘Some Hearts (At Christmas Time)’, a song they will be playing to those lucky enough to be off to one of their Christmas shows – which start in the UK tonight and are virtually all sold out (dates below, though if you don’t already have a ticket, prepare to weep).

“To friends who have moved away and friends who have passed on this year. To one and all, especially those who are alone, we wish you a Merry Christmas and new hope for the new year. May we all find ways to lift each other.
With love,
Mimi, Alan and Steve.”