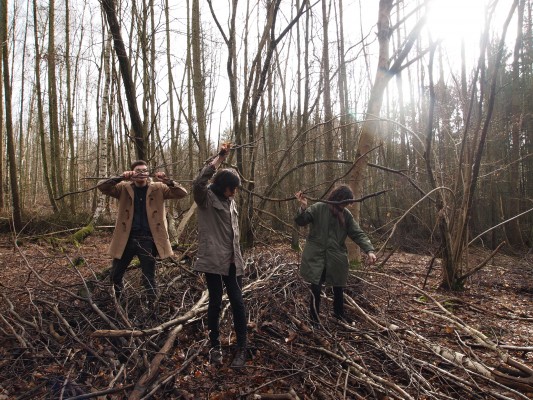 It’s not often we have a video premiere for a band that is no longer together, but we’re not letting precedent get in the way of this. The Lost Left are, no, were Ben Pritchard (vocals, guitar), Bobby Crawford (drums) and Chris Pollock (bass), and they recorded their debut album Levollinen between London and Glasgow, finding a sound that allowed fragile vocals to sit on top of stirring soundscapes. Levollinen was self-released back in 2012, earning radio play at 6 Music while the home-made CDs sold out, but it never went much further, and the band later split up. But while they are no longer together, Hit The Fan Records have since relaunched and decided this lost gem needs another airing.

We can expect to hear from Ben Pritchard later this summer when his new solo record is due out, but before that Levollinen – released for the second time two weeks ago – deserves your attention, so we invite you to enjoy this video, which was made by Kira Belin.