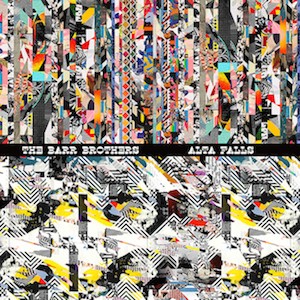 The Barr Brothers pleasantly surprised their fans at the end of April, by unveiling a secret, previously unannounced EP. The 5 track release, entitled Alta Falls, features some of the band’s ‘favourite misfit’ tracks that did not make the final cut of their last release.

Alta Falls is only currently available as a digital download from iTunes, and is also available to listen to on Spotify.

The Barr Brothers have just finished supporting the legendary Calexico on their UK tour, and plan to embark on their own tour of the USA later in the year. Sadly, no additional UK dates have been announced as yet, but the band will make an appearance at Kilkenny Roots Festival in Ireland, which takes place on May 2nd and 3rd.