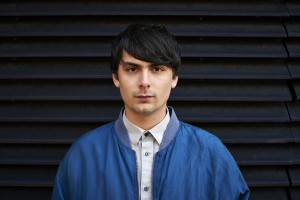 Inti Rowland has recently released a music video to accompany his melancholic track, ‘Masks of Winter’. The song was released back in January, and holds the sensitivity and sense of delicacy as showcased in Rowland’s 2011 EP, Eyes of a Starling.

The video for ‘Masks of Winter’ is out just ahead of the official release of the album from which the track is taken, entitled 17th Century Japanese Aviary. The LP – Rowland’s debut – will be released on April 13th, and can be pre-ordered here.

The folk singer songwriter will be launching his new release with a London showcase, and will be subsequently touring. Dates are still to be announced, so keep your eyes peeled!