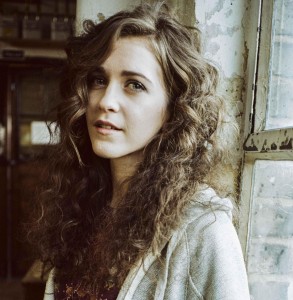 Rae Morris has unveiled the official video for her new single ‘Closer’, released 22nd October. She’s also announced the title of her debut album, Unguarded, due for release on 26th January and produced by Ariel Rechtshaid (Haim, Charli XCX, Vampire Weekend). The stunning video for ‘Closer’ shows Rae moving amongst painted figures in a colourful and bright make-believe garden.

‘Closer’ had its radio premiere as Zane Lowe’s Hottest Record a couple of weeks ago and he picked Rae as one of his ‘Future 15 for 2015’ where she was the only female artist in the list.

Rae’s debut album Unguarded is set to be one of the most anticipated records of next year and having revealed three tracks already this year to critical acclaim, ‘Closer’ is another perfect example of why this young singer is going places.

This year has already seen Rae move from strength to strength; working with an array of acclaimed producers on her forthcoming debut, from playing sold out shows around the country, to featuring on the Mercury-Nominated Bombay Bicycle Club album, performing Up Again (which she co-wrote) with Clean Bandit and supporting George Ezra on his upcoming tour, it seems there’s no stopping Rae Morris.

You can watch the video for ‘Closer’ below: