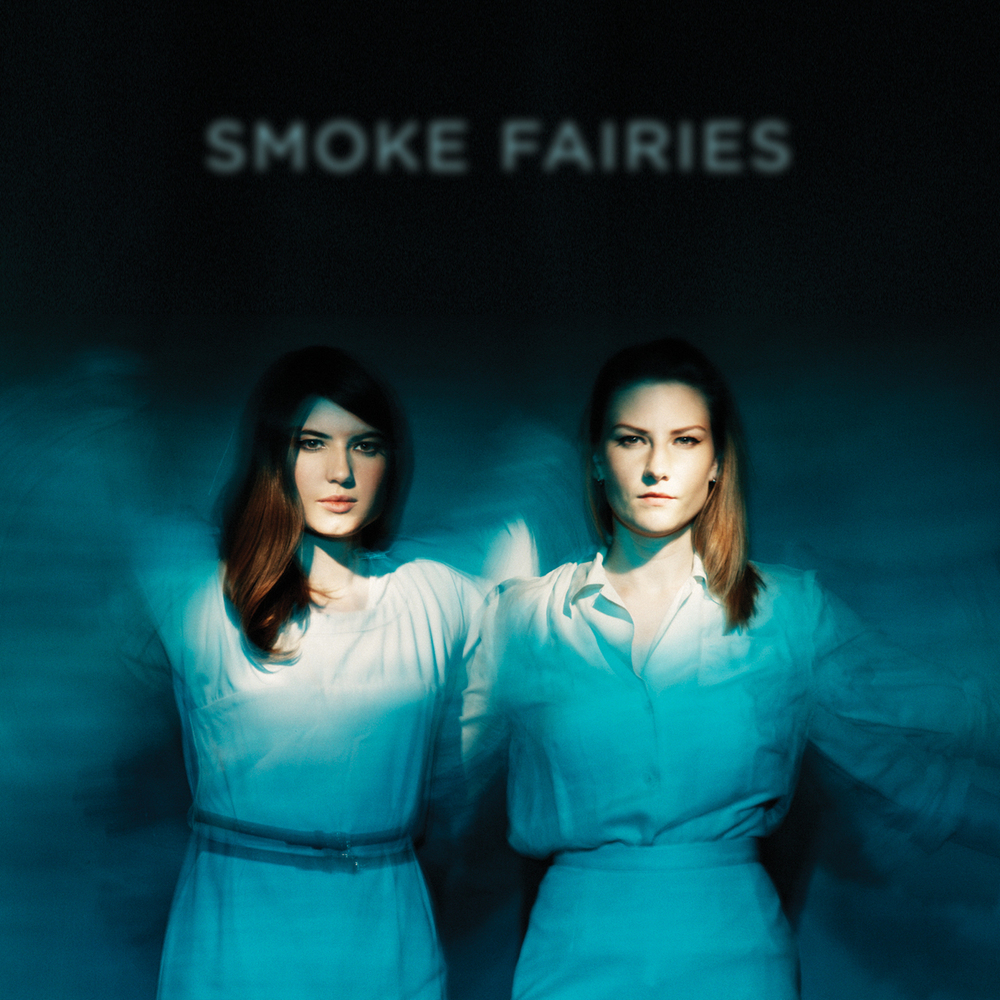 If that ‘difficult second album’ is all about attempting to sustain the success of the first, then the third album should really be called ‘the existential crisis record’ – the one where artists question if this is really what they want to be doing. Following and, thankfully, surviving this trajectory are FFS favourites, Smoke Fairies, whose last offering, Blood Speaks, saw them satisfying their devoted fan base whilst striking a chord with a more general audience of listeners. After a very brief split last year, Katherine Blamire and Jessica Davies are firmly reunited and with their third, eponymous record, now firmly under their belts. We spoke to Jessica to discuss how a rather turbulent beginning culminated in such an inventive and mature-sounding new release.

You recently had an existential Smoke Fairies-related crisis a little while back and thought you didn’t want to carry on with the band. What prompted that and why did you ultimately decide to continue?

I guess you question things in life as you go along, and being a musician feels like you haven’t actually grown up – you’re still living this adolescent dream. I think I was questioning whether it was just an adolescent dream and whether we were kind of delusional in thinking it was something we should be doing. It didn’t really last long – we decided to quit and it only lasted a week! The thing is, the way we deal with crisis and sadness is by writing songs and so once we realised you couldn’t do that if we quit, it seemed really stupid!

Do you think having that moment of doubt actually made you more certain that this was the right path for you?

I think it definitely changed a lot…we had this kind of freeing sense that it didn’t really matter. We were going to go and make the record that we wanted to make and we weren’t going to listen to anybody else, because it felt like a second chance really.

Before we talk about the new album we wanted to mentione Blood Speaks,

We were really touched by how much people liked it, and we do have some amazing fans who come to all our gigs and they buy the first edition records. When you’re doubting yourself you have to remember that it has touched a lot of people’s lives.

In terms of the new album then, how would you say your music has changed or developed?

I think it’s changed a lot. We decided that anything we’d written before had to be scrapped at a very early time – the guitar was completely abandoned and we wrote on the keyboards. When we went into the studio we had no idea what we were going to do – that was really different! Everything just started from a very basic level and was built up like a puzzle, and that was so the opposite of how we recorded Blood Speaks. It was a really good experience – we recorded it all with friends, our friend Chris produced it and I think we’ve got to the stage where we don’t let egos into the recording studio. Maybe before we’d get upset if our guitar part got turned down, but with this one, if someone said, ‘What you just did there sounded crap!’ we’d just go, ‘Oh, ok, we’ll think of something else!’

Do you prefer this freer way of recording?

I think it was more fun and it was much more unpredictable. There wasn’t this tension of trying to get the perfect take. We were just throwing everything at it and seeing what stuck. It felt very creative.

What are the main inspirations on the new album?

The main inspiration was how we were doubting ourselves, and what it means to have dedicated yourself to something which is so unreliable for so long. And also about our relationship – we’ve been friends since we were 11 and I think  a lot of the songs are us writing about each other, the things you might not have been able to say but you’ll write a song about…and there’s a few love songs on there too!

Do you think you could have written these kinds of songs with anybody else or is your friendship a very fundamental part of the band?

I think it’s very fundamental. It takes a lot of trust to write songs with people – to actually put a line out there and trust someone to say whether it’s good or not ,and feel fine if they say it’s rubbish. It kind of just works – we can do it so quickly now and I can’t imagine writing songs with anybody else. I’d definitely like to try but I think the songs we create together are unique.

In terms of collaboration, if you could collaborate with anyone – preferable alive – who would you choose?

That’s a really tricky one. I think Dolly Parton would be great to work with – I’d just be smiling the whole time!

So we’ve been listening to the new album and were intrigued by ‘Eclipse Them All’. What’s it about?

I guess it’s just about the obsessive nature of love and lust and how it can completely take over. When I wrote that I thought, ‘Ooh, I’m writing this positive thing!’ and then when I listened back to it, it’s kind of dark in a way – how possessive it is, and there’s this line about following someone for ever more…there’s a creepy element to it. But I think when you’re really into someone you kind of experience that so I wanted to capture the intensity of it.

Which track is really fun to play at the moment?

I really like playing – what did we end up calling it? [laughs] We did call it ‘One Direction’ for a bit! Cos’ there’s a line saying ‘Start off in one direction’, but we decided we might upset a few people, so it’s called ‘Waiting For Something to Begin’. That’s really fun cos’ when we’re playing it live I get to play the keyboard and the tambourine at the same time – you need the ultimate concentration to do that, and it’s just so different to playing the guitar and I’m finding it really exciting. 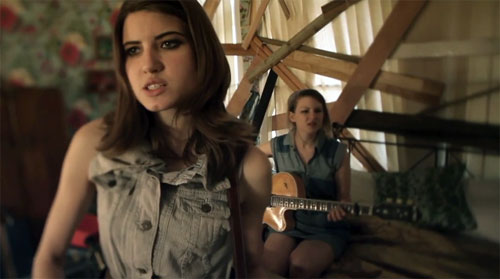 You’ve just announced your tour and we were wondering which festivals you were  also doing this year?

They’re all waiting to be confirmed at the moment.

Are you hoping for Glastonbury?

That would be brilliant, I mean Dolly Parton is playing!

[laughs] I could just climb on to the stage and do a duet.

What are you most looking forward to about touring?

It’s the idea that everyone has spent their hard-earned money on tickets and they’re making plans to dedicate an evening to see us, and I think that gets me excited.

Bearing in mind some of the doubts you’ve had, can you see Smoke Fairies carrying on for many years to come?

I hope so. I mean, at the moment we’re just really enjoying and are really proud of what we’ve done with the new album. Playing it has been really good fun and I think it’s only going to get more enjoyable, as we become more free.

Smoke Fairies is out now on Full Time Hobby Records

Catch the Smoke Fairies on the following dates: