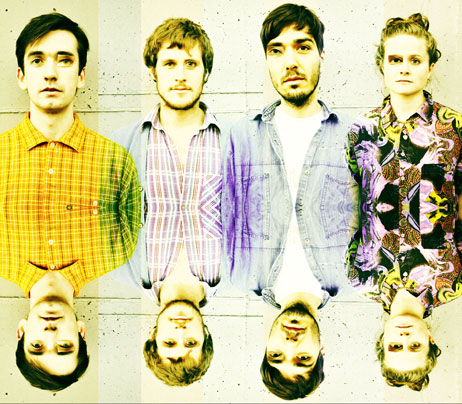 Experimental electronic band Eyes & No Eyes have released their much anticipated debut album. The self titled album, described as ‘energetic’ and ‘unpredictable’ by label Wilkommen Records is out now  on both CD and vinyl.

Eyes & No Eyes have previously released their surrealistic sound in the form of a 7″ single, ‘If No One Else Saw It’, last June, but the album is their first full length release. The band are also planning to release another EP in the near future, so keep your eyes peeled for that, too.

Eyes & No Eyes will be supporting FFS favourites Peggy Sue around the UK this month. Catch them at the following dates:

You can listen to the new Eyes & No Eyes track, ‘The Drowned World’, here: