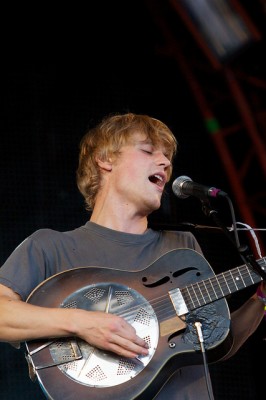 Following the release of his fourth album, ‘Country Mile’ and a string of sold out shows, folk rocker Johnny Flynn has announced he will be playing six UK dates in the Spring of 2014. Along with these six UK dates, Flynn and his band will also be gigging around Europe.

‘Country Mile’, released in September this year, was received well by critics, and, as a handful of the shows on his tour to promote the album were sold out suggests, the album was received even better by fans. Johnny Flynn and the Sussex Wit will be heading to the UK after playing fourteen shows in the USA in January, and eight in Europe. Tickets to see the singer-songwriter went on sale last Friday December 13th.

Johnny Flynn and the Sussex Wit will be playing the following dates in the UK:

Tickets are expected to sell out so book soon to avoid disappointment!