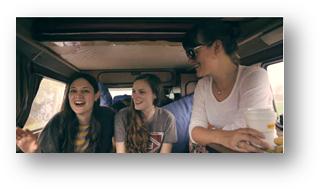 The Staves have announced a full-scale UK tour in April and May.

The band already had two shows at London’s Scala planned, but they have now added dates in Ashford, Oxford, Norwich, Bath, Cardiff, Sheffield and Manchester, as well as appearances in Germany, Holland, Belgium and France.

The tour, which begins in Ashford on April 18, follows the release of the single Winter Trees om February 11. The video is currently one of For Folk Sake’s favourite things.