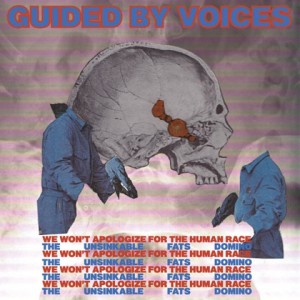 Robert Pollard’s Guided By Voices have announced a new double A-side single, ‘The Unsinkable Fats Domino’/’We Won’t Apologise’. It will be released on Matador on November 21st.

It will be followed by an album, Let’s Go Eat the Factory, which will be self-released in 2012. The record was made by classic line up GBV: Robert Polard, Tobin Sprout, Mitch Mitchell, Greg Demos and Kevin Fennell.

Guided by Voices – The Unsinkable Fats Domino by ForFolksSake