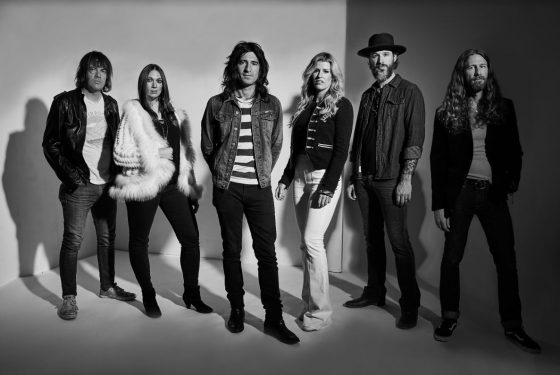 In an era of computer-made, beat-driven music, Grand Canyon is the antithesis of modern pop music. However, by focusing on musicianship and timeless songwriting, and drawing on the inspiration of the classic sounds and arrangements of the 70s, it is the kind of pop music that will be wafting through the canyons for a long time. Here, vocalist Casey Shea discusses his musical origins, what success looks like, and the value of a good night’s sleep…

Please tell us a bit about yourself. Where are you from and how did you get started in music? Any defining moments along the path to present day?

I was born in Louisiana but moved to Florida when I was young. Right after college I moved to Nashville for a couple years, then to New York City for about 11 years, and now I live in Los Angeles. One of these days, I will settle down.

Our family always went back to New Orleans for Jazz Fest every year and one year we were going to see Bob Dylan at the fairgrounds and Paul McCartney later that night at The Superdome. At the time, I was a huge Guns N Roses fan, and I knew from reading their liner notes that two of their songs from the Use Your Illusions albums were covers, one written by B. Dylan, one by P. McCartney. The idea of getting to see these guys was very cool.

There I am, 12 years old, standing next to my dad, listening to this crotchety old dude growl his way through his set when I was offered my first joint by a 40-something hippie. Noteworthy, but beside the point. A couple songs later, Dylan says something about a band who’s made this one famous again, and he breaks into a completely unrecognizable version of ‘Knockin’ On Heavens Door’. I left that show thinking GNR was still my favorite band.

That night however, everything would change. Paul McCartney played for about 3 hours…some songs I recognized, many I didn’t…but even the ones I didn’t, I seemed to know them by the end of the song. The songs were just that great. The feeling in the crowd was electric. Near the end of the show, he also mentions that another band had recently recorded this next song. ‘Live and Let Die’. Anyone who has seen McCartney knows what happens when that first chorus drops. Live and let die….BOOM!! 50 foot flames shoot up out of the stage!! My mind was blown. I was converted. Just like that, GNR had been diminished in my mind. Paul followed with ‘Hey Jude’, which took the crowd’s joy to a new level as we all sang along for the extended outro.

The Beatles…I had to know more about the Beatles. My mom bought me ‘Sgt. Peppers’ and ‘A Hard Day’s Night’ the next week. By the end of the year, I had every one of their studio albums. I listened to pretty much nothing else though high school, and though I didn’t start writing songs until I was in college, I think their pop sensibilities were deeply ingrained and are the reason I write the way I write.

As an artist, how do you define success?

If you’d have told me 20 years ago that I’d still be spending the majority of my time writing, recording, and playing live music….I would have started taking a victory lap. Success is just getting to keep doing it.

What do you find to be your greatest struggle when it comes to the music business?

The “business.” Music business/jumbo shrimp…all the same. However, a necessary evil. I’d say the hardest part is just finding time for that end of things. The “music” part is hard enough: writing, recording, getting a group of musicians to rehearse and get your live show together. When you don’t have a huge machine behind you, you’re also doing all the spiritually draining things like booking shows, promoting shows, making websites, creating flyers, keeping your social media updated, etc etc etc. I mean at some point, you have to take a break to eat…right??

What do you think is the most realistic goal you can achieve as an artist/band? What do you hope to achieve?

The only thing that’s realistic is what’s in my control. It’s realistic to think I can keep improving as a songwriter and singer and musician and keep making better records. However, that’s about where it stops. I’m hopeful that if I can continue doing those things, maybe, just maybe, more people will continue to take notice. Becoming rich and famous? I’d be better off playing the lottery!!

Outside of music, what do you like to do that you feel contributes to the creativity that you tap into for your music?