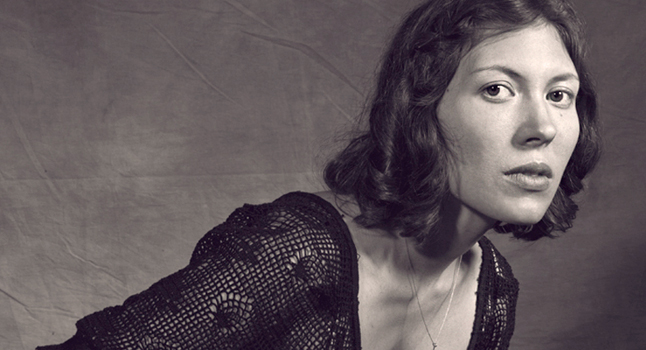 After a tumultuous year in which she split from husband and sometime band member, Tom Bevitori, got dropped from her record label, found new love and is now expecting her first child, Alela Diane might have been forgiven for taking some time out. Luckily for us, the stoic Diane – like all great artists – has turned her experiences into music, producing the equally beautiful and harrowing About Farewell. A welcome return to her earlier, simpler style, the record charts the pain and difficulties of making the decision to let go. It’s one of the best, most considered break-up records you’re likely to hear, and one that is surprisingly devoid of self-pity.

We meet Diane in a sweltering London ahead of a gig at Tabernacle.  For someone who has recently been riding the proverbial rollercoaster of life, she is remarkably calm, candid and positive – droll, even. For Folk’s Sake, on the other hand, look like we’ve crawled to this classy corner of West London via a few hedgerows, such is the ferocity of the heat wave. Thankfully the hotel is cool and quiet, and as we avail ourselves of several gallons of ice-cold water Diane, baby bump just beginning to show, describes how the process of song writing was crucial to her decision-making process and, perhaps, keeping her head. “It was interesting,” she muses in a light, musical drawl. “I wrote most of the songs in a very short period of time, and I wrote them in the thick of making my decision to get a divorce. It was almost like the songs were the things that showed me to do that.”

The process was cathartic, but also painful. “’About Farewell’ was the final song I wrote for this 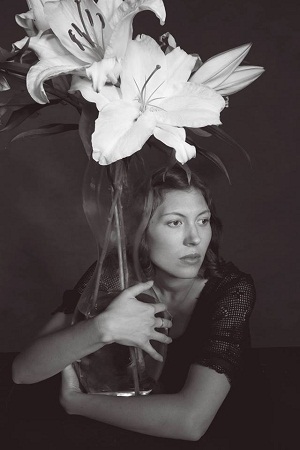 collection,” she tells us, “and I wrote that song after my husband had left and that sort of summing up, that he was gone, that was the first one that really admitted that it was the end. So when I had that one I was like, ‘Well I guess my mind is made then’, and that song really made that clear. So that was not that easy.”

On previous albums, Diane’s lyrics have tended to the oblique or metaphorical. Honest and transparent, About Farewell  is a real departure from what has gone before – “I think it was one of the first times I’d written without shrouding what I was saying in metaphors,” she admits. “This is very direct. It was frightening!” She laughs before adding, ‘But it felt good.”

With so much of herself put into the album, wasn’t it terrifying to put it out there to be picked over and potentially pulled apart? “I didn’t really think about it all that much,” she shrugs. “I knew that, because the nature of the work was so honest, it might be a bit difficult for people to ignore that. I think that when art comes across as from the heart, it’s more difficult to put it down.”

Here, Diane hits the nail squarely on the head. Critics and fans alike can spot a fake a mile off – we’d rather someone shouted the story of their life to us whilst banging a baked bean can than lie over the top of some swanky production. About Farewell is undeniably authentic, something that is further accentuated by its reliance on little more than Diane’s vocal and guitar. This decision to strip things back, musically, was also partly dictated by life events – it would have been simply impossible to ask her then-husband to accompany her on songs debating their possible break-up:

“I remember I was sitting in my house and I was playing through the new songs and I realised I wasn’t going to be able to let  anyone hear them unless I actually followed through on what I was saying ….so I did! I think it felt very, very good to just come back to myself, and also to realise in my music career that I started doing this alone, and that while it was great touring with a full band, it’s a huge responsibility as well… and being the only woman as well, and sort of feeling like everyone’s mother!”

Most of the songs were completed at the end of 2012, and before the flood of new beginnings that would later come or, as Diane jokes – “It was only after that I fell in love and got knocked up!” Diane describes how things feel ‘lighter’ in her life now, and envisages that this will come across in the music. “I just turned 30 this year,” she says. “And the record feels like a huge letting go – walking away from all that was my 20’s. Having all these fresh starts is quite exciting, and it feels like the timing is really perfect to begin a new decade and a new chapter.”

Diane has had to rely on herself in other ways, too. Despite great reviews of previous albums and a steadily growing fan base, Rough Trade made the decision to drop her shortly after she began recording. “I don’t know if they had bigger expectations for me or what,” she sighs. “From what I feel – and I’m not really sure – I’m not a new, young fresh face anymore. I think for labels like Rough Trade there is a bigger expectation and if you don’t meet that mark, they’re going to put their resources into a newer, fresher face that might be the thing that is very successful overnight.”

Although the record is being released by Believe Records in the UK, Diane has taken the decision to release it on her own label in the US. In this instance, timing was a major influence:

“I found out I was pregnant right as we were beginning to decide where to shop the record around – not a lot of people want to sign a pregnant artist! Also because of the pregnancy, we needed to release the record soon. The plan had been to release it in the Fall, but the baby is due in the Fall. So that’s partially why it’s being self-released too.”

If she’s daunted at the prospect of going it alone, it never shows. She’s grateful for her sizeable fan base in the UK, and talks about how it’s good to be in control of things again. We get the sense that, for a while, this very independent, grounded woman has felt as though things have not quite been going in the direction she might have wished. When asked if releasing work independently is the way she’ll continue, she says, “Probably. Yeah, I think that it was necessary to explore avenues of working with a full band, and seeing what would happen if I worked with a producer, and working with a larger label. And that formula just doesn’t work for everyone, and in the case of my career, it’s not the thing that any of my fans even really wanted me to do. So I think for that reason coming back, stripping things down, simplifying things again – it seems like the best thing to do and is probably the way I will move forward from here.”