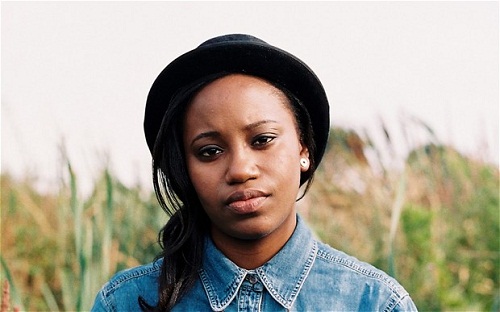 We fell in love with Denai Moore when we stumbled on the video for ‘Gone’. Raw, honest, and with a few edges still intact, Moore’s voice gets into your soul and stays there. We’re clearly not the only ones who have been utterly charmed by Moore’s gospel-tinged, soulful folk, and the talented 19 year old has already toured in support of Iron and Wine and Tom Odell. Get in now before this lady becomes a superstar…

Hello, my name is Denai Moore. I’m a soulful folk singer/songwriter from London.

I’ve just released my debut EP called Saudade. ‘Saudade’ is a Portuguese word for a feeling of nostalgic longing for something or someone that has been lost. There are four songs on it that I recorded at The Urchin Studios in Hackney.

I don’t really know.  I think maybe playing at the Borderline recently supporting Night Beds mainly because I’ve always wanted to play there having seen a few of my favourite people play there previously.

I don’t think that exists. It’s the most amazing thing to be a musician.

Real life situations inspire me the most. I write a lot about my life, and the relationships I have with friends and family. I also get really inspired by an incredible music video or film – I remember watching Sigur Ros’s video for ‘Fjogur piano’ last year for the first time and crying.

I think I’d travel a lot. I think the internet can make you get obsessed about places you’ve never even been to! I’ve been itching to have an adventure around the south islands of New Zealand for a while now, so I’d probably start there. I’d also build a tea library for every flavour of tea that exists; my love for tea is beyond an addiction.

My favourite song on my EP is ‘Wolves’. It was my first co-write ever with my friend Tom and I think it’s one of the best set of lyrics I’ve written.

Well, having just released my first EP I’m really excited to be playing a lot more live. Still can’t believe I supported Iron and Wine at the end of May! There’s going to be a lot of “Jeez Louise’s” said by me this month. I’m also excited about getting back to record new stuff this year.

Maybe Matt Corby – I believe his debut album is supposed to be out this year. He’s got an incredible voice. I managed to see him live last year in the fall at the Hackney Round Chapel; it was one of the best shows I went to last year.