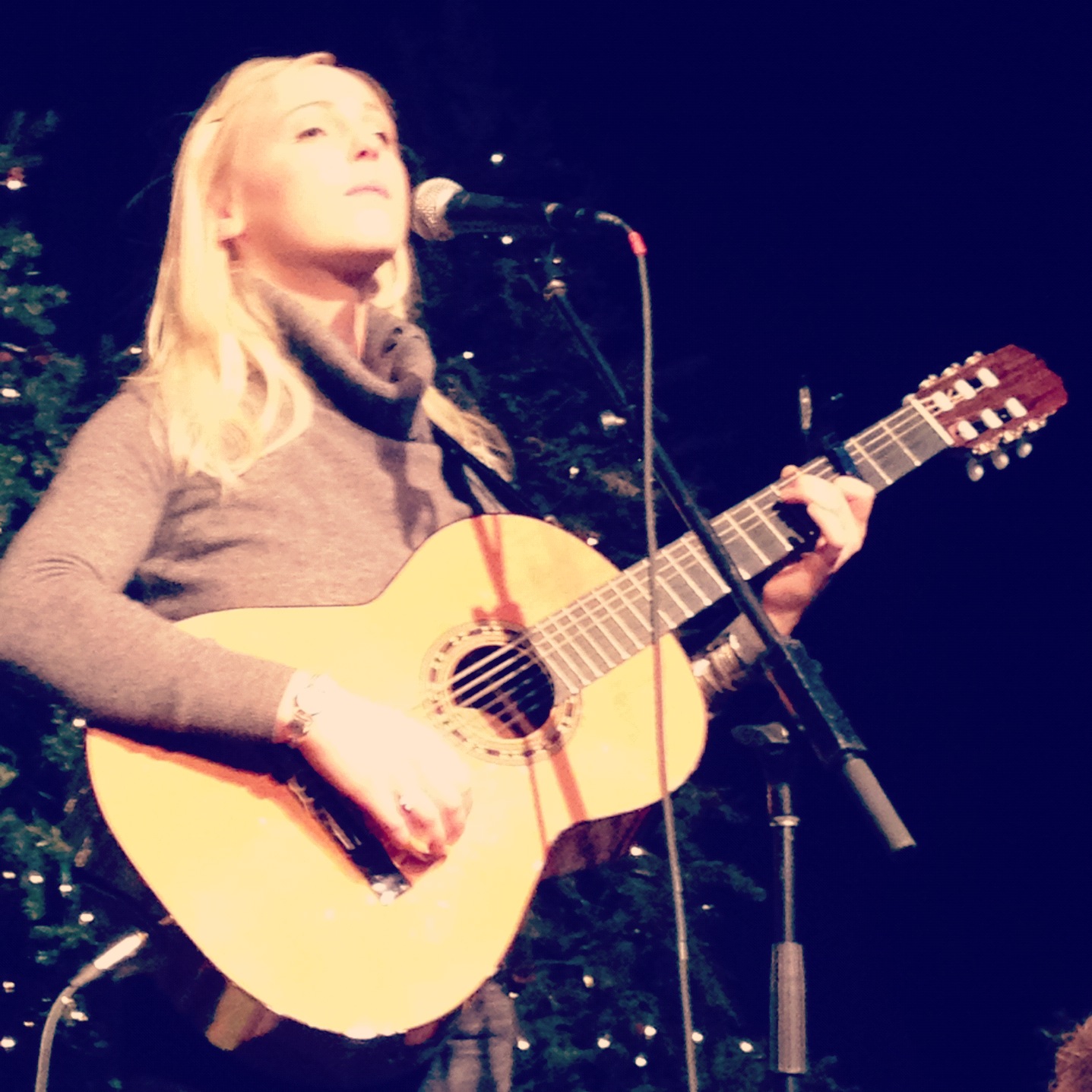 With the space on stage no bigger than the size of your average dining table, surrounded by no less than nine (!) Christmas trees taking up what little room there was; one lonely microphone awaited the arrival of what had brought the small but select and eager crowd of no more than 100 people to NYC’s McKittrick hotel. At bang on 9.15, the guitar-clutching, white-haired Marling took to the stage and was greeted by a round of applause, only to reply with a timid “hello”. Launching straight into a solo rendition of her third album’s promo single “Sophia”, Marling takes advantage of the small and quiet room by doing everything from whispering parts of her lyrics to the point where, had a pin dropped, one would have definitely heard it, to resonantly singing with crystal-clear vibrato, sounding uncannily like Joni at times.

Little is said in-between songs, (apart from her acknowledgement of resembling a snowy Christmas fairy amongst the vast amount of shrubbery behind her, as well as her theory of the temperamental guitar she is using being like an old man in a strop all the time), however this mysteriousness of her whole performance never fails to make her all the more intriguing, and her songs some-what more powerful. Having mentioned to the crowd that she only had one guitar (meaning she had to choose her songs according to their tunings), an interesting selection of songs made it into the set. Most notably was her unexpected cover of Ryan Adam’s “Winding Wheel” from his album Heartbreaker, which captured the crowd more than anything. The eerie rendition of “Night after Night” also stunned the room into complete silence, and was followed by several genuine, breathless “wow”s from the audience.

Some could say LM’s set was almost too short, being on stage for barely 40 minutes, yet it seems this short-lived glimpse of the ever-rising songstress only makes one (well, me certainly) gasping for more. Having seen her several times now, including Piccadilly Church when she was just 18, it is clear that Marling has grown in confidence, style and most importantly developed vocally as well as on the guitar. Should she ever return to the place where you’re reading this right now, you would be stupid not to buy tickets. The crowd left vaguely shell shocked; and whether that was down to Marling’s intimate and hauntingly beautiful performance, or the dancing Christmas elf on the back wall next to the bar, the night was a very special one indeed.