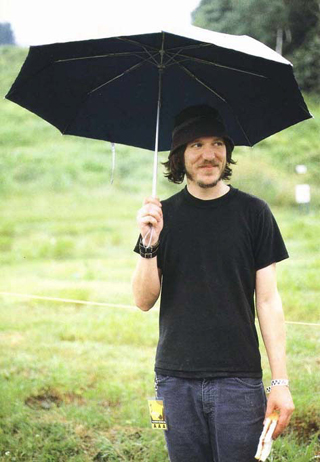 “Sometimes I feel like only a cold still life, that fell down here to lay beside you”

Folk music has long been the medium of choice for the broken hearted, from Leonard Cohen to Tim Buckley. It should come as no surprise then that Elliott Smith would be similarly afflicted. It is however a sad consequence of writing such sad songs that Elliott Smith has largely been looked upon  as a lyricist of morbidity and despair. Song titles such as ‘Miss Misery’ and ‘Ballad of Big Nothing’ do little to dispel this notion but to do so is to miss the lyrical romantic beating in Smith’s broken heart.

Smiths penchant towards romantic imagery takes the form of a frozen romanticism. The beauty within his sweetest lines is akin to that which one experiences walking through a snow drenched field, blanketed by an early morning sun. There is of course sadness, but it’s an almost happy sadness, that type that’s comforting. This creates an interesting scenario as the listener is not just drawn in by the beauty of the lines. Smiths words make the listener fall in love with him themselves.

This is an interesting twist on the listener-writer dynamic. In most cases where the artist reveals their innermost turmoil the sense of power that they have  over the listener comes from the awe inspired by their lyrics, the conviction of their work, or conveying a message the listener can relate to. With Smith the listener is drawn so intensely towards him that his lyrical romanticism leads them to become romantics themselves. Smiths power over the listener then comes from turning his inability to find love in real life to the capacity to find love with millions of broken hearted souls across the world.

This relationship between Smith and his fans is not the only facet of his lyrical romanticism. There is also the fact that the central theme in many of his songs has a romantic element to it. Smith writes about a number of romantic topics, taking the role of the wounded lover, the voyeur, the repentant, the depressive, the wistful and the unexpectedly accepted amongst others. Although it’s often easy to see references to more bleak topics, such as Smith’s depression and his drug addictions, most of the subjects and characters found in Smith’s writing are either lovers or those buried by the misery of being single .Thus while a depressive skin may surround many of his songs, this emotional fission can often be attributed to romantic issues.

Following from this focus on romantic subjects, there is also Smiths romanticising of topics that aren’t strictly of a romantic nature. When he writes of London he feminises it by speaking of it as if the city was his lover. In addition to this when he writes of his, or others, drug addictions it is often from the perspective of a relationship. In ‘Alphabet Town’, a place renowned for being inhabited by drug users, he writes of taking care of another as a lover would do.

Of course to label Smith nothing other than a romantic is to belie the quiet rage that encases much of his work. With the voice of an angel he quietly tells the world to “fuck off and leave him alone”, such of in ‘Pictures of Me’, where he writes of being “so sick and tired of all these pictures of me, [that are] completely wrong, totally wrong”. What’s important though is to look beyond the notion of Smith being nothing other than a depressive, because to do so is to overlook the lyrical romantic that beats inside his broken heart.

← Album: Angus & Julia Stone – Down The Way
Slow Club unveil video for ‘Giving Up On Love’ →